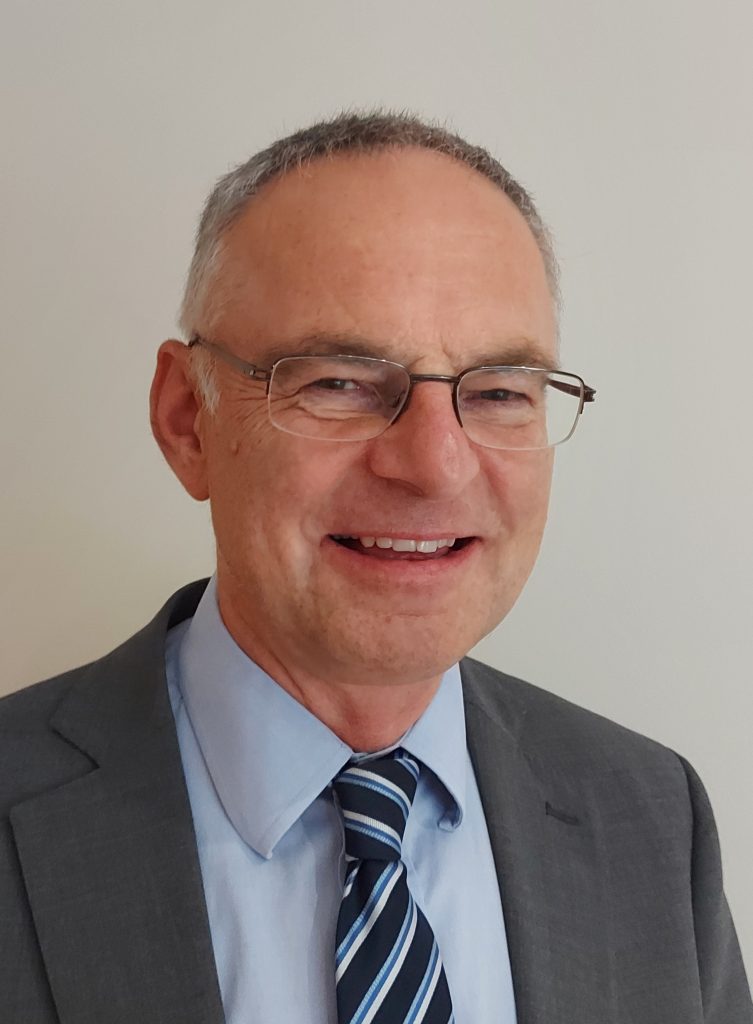 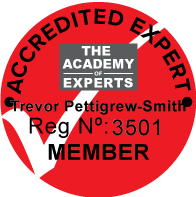 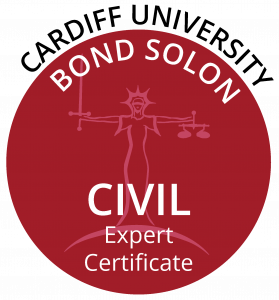 Trevor Pettigrew-Smith is a Chartered Quantity Surveyor with over 35 years’ experience in the construction sector working at a senior level on building and civil engineering projects throughout the United Kingdom.

A highly regarded Quantum Expert, Trevor has produced over 20 expert reports, assisted in the preparation of further expert reports, and has given oral evidence at multiple Arbitration hearings. Trevor’s appointments have spanned various issues, including additional project costs for delays and variations, and the costs of remedial works. He is an accredited expert witness, registered with the Academy of Experts and the RICS.
As a registered Adjudicator listed on panels for the RICS, CIArb, CIC, ICE, SBF and UK Adjudicators, Trevor has had over 40 appointments on disputes ranging in value from £4k to over £10m. He has also been appointed by agreement between the parties on several occasions. Trevor also resolves disputes as an Expert Determiner, registered with the Academy of Experts.
In addition, Trevor has prepared claims for main contractors and sub-contractors on projects to pursue the recovery of additional costs and extensions of time by working closely with clients. Furthermore, he has conducted audits of construction projects to aid parties in resolving disputes and assisted parties in
settling disputes through mediation.

BUILDINGS
Remedial Works for 78 Flats, England (2021)
Expert report on the cost of the remedial works to the partitions and curtain walling to ensure compliance with fire regulations. The sum claimed was £3.7m. Settled at mediation.

Completion Works for 42 Flats, Scotland ( 2020 and 2021)
Expert report on the cost of completing the work after the contractor’s employment was terminated. Matter ongoing.

Remedials Works to Wall Insulation to Tower Blocks, Scotland (2019 to 2021)
Expert report on the cost of the remedial works to the external wall insulation on residential tower blocks. Dispute referred to court. Matter settled by negotiation.

Newly Constructed Hospital, England (2018)
Expert report on the cost of the remedial works to the mechanical installation in a new hospital and comments on the opposing party’s quantum claim. The sum claimed was £1.5m. Dispute resolved through adjudication.

Newly Constructed Hospital, Australia (2018)
Expert report on the cost of the remedial works to the mechanical installation in a new hospital and comments on the opposing expert’s quantum report. The sum claimed was $300m. Dispute resolved through arbitration.

Concert Hall, Scotland (2017)
Reviewed and reported on the value of the contractor’s delay claims totalling £5m to assist the client in resolving the value of the final account. Dispute settled by negotiation.

Schools, Scotland (2016/17)
Expert report on the cost of remedial works to schools. Prepared a joint expert statement defining areas of disagreement. Sum in dispute was £3.2m. Dispute decided in adjudication.

Large Residential Property, England (2016)
Expert report on the cost to rebuild following a pile foundation failure, including a survey of the property, review and commentary of opposing opinions/ reports and pricing of the demolition and rebuilding costs whilst adjusting for betterment. Sum disputed was £1.6m. Referred to court but settled
at mediation in which Trevor was involved.

Residential Development, Scotland (2011)
Expert report on the valuation of liquidated and ascertained damages arising from delays, involving review of contractual principles under the SBC contract concerning partial possession by the Employer and adjustments to the sum for liquidated damages. Report assisted the Parties in settling their dispute.

Manufacturing Facility, Scotland (2017-2018)
Expert advice on the remedial works cost to a defective concrete factory floor, including the measurement and pricing of the work to replace the floor. The dispute was subject to court action. Settled by negotiation.

Cooling Plant, Dubai, United Arab Emirates (2011)
Assisted the appointed expert in preparing a report following termination of a sub-contract, involving the valuation of the sub-contractor’s final account and verification of the costs to complete outstanding works and remedy substantial defects in the cladding to the building.

Harbour, Scotland (2021)
Appointed quantum expert to prepare a report on the pricing of compensation under an NEC 4 contract related to the rebuilding of historical harbour walls. Matter ongoing.

Slipway, Scotland (2021)
Appointed quantum expert to prepare a report on the cost of remedial works to the slipway for a ferry that had been undermined by directional drilling works. Dispute currently being heard in court.

Bridge, Scotland (2019-2021)
Appointed quantum expert to prepare report, investigate the evidence and assess the loss caused by the negligent design of a major bridge project. Dispute referred to arbitration. Gave evidence and was cross examined at the hearing. Matter ongoing.

Road, Scotland (2020)
Appointed quantum expert to opine on the costs for the remedial earthworks on a road project. Dispute was decided in adjudication.

Culvert, Scotland (2019-2020)
Appointed quantum expert to prepare report, investigate the evidence and assess the costs of replacing a collapsed culvert caused by the negligent design. Dispute decided in adjudication.

Rebuilding Driveway, Scotland (2020)
Expert report on the cost of rebuilding the driveway to a large house, built in the wrong location. Dispute referred to Lands Tribunal.

Bridge, Scotland (2017- 2018)
Assisted the appointed quantum expert to prepare reports, investigate the evidence and assess the additional costs caused by the negligent design of a major bridge project. The dispute was decided in adjudication.

Primary Trunk Road, Scotland (2017)
Expert opinion on the losses incurred due the negligent design of a road. Sum in dispute was £1.5m. Referred to court, but the dispute was settled by negotiation after a joint expert meeting and a joint statement.

Ferry Terminal, Northern Ireland (2014)
Assisted the appointed expert in preparing a report on the costs of repairs arising from defective design, involving understanding the defects and verifying the costs of the remedial works. The sum in dispute was £10.9m. Referred to court, but dispute settled by negotiation.

140km Offshore Cable and Pipeline Installation, North Sea (2013)
Expert report on the delay periods associated with each item of causation, involving investigation of the causes of delays to fabrication of pipe spools, installation of the pipeline and instrumentation. Dispute settled by negotiation.

Civils Work, Substation, Scotland ( 2021)
Appointed the quantum expert to assess the value of compensation events under a NEC contract for the civil works to upgrade a substation. Sum in dispute £0.4m and the matter was decided in adjudication.

Underground Cable Project Scotland ( 2020)
Appointed the quantum expert to assess the value of compensation events under a NEC contract for the installation of underground power cables for a wind farm. Sum in dispute £4m and the matter was decided in adjudication.

Waste to Energy, England (2020)
Appointed quantum expert to report on claims related to the insulation and cladding on a waste to energy project. Dispute decided in adjudication.

Overhead Line Project Scotland (2019 and 2020)
Appointed the quantum expert to assess the value of the remeasured account for the temporary roads and tower foundations for overhead power lines associated with a large windfarm project. Sum in dispute £33m and the matter was decided in adjudication. The dispute was raised again for final resolution in arbitration and was settled by negotiation.

Waste to Energy Plant, England (2018)
Assisted the appointed expert in preparing a report on remedial works costs, involving the investigation of defects and the scope of remedial works undertaken to complete the works, a review of the costs claimed and verification of the supporting information.

132/33kV and Pilot Cabling, Scotland (2017)
Expert report on the value of claims and variations under the FIDIC contract, involving review of contract provisions, identifying and measuring additional works, assessing the claims for prolongation costs and pricing using appropriate contract rates, adjusting contract rates or cost. Disputed sum was £4.6m. Referred to arbitration and settled after the exchange of expert reports.

Wastewater Treatment Plant, Northern Ireland (2011)
Assisted the appointed expert in preparing a report, involving the quantification of costs arising from remedying design defects, the identification of the scope and verification of the costs of undertaking the remedial works.

“When does it Matter what the Expert says?” published online via LinkedIn, March 2016

“Assessment and Deduction of Liquidated and unliquidated Delay Damages under the SBC and NEC3 Contracts”, 2016

“Conflict of Interest and Principles of Natural Justice”, 2015