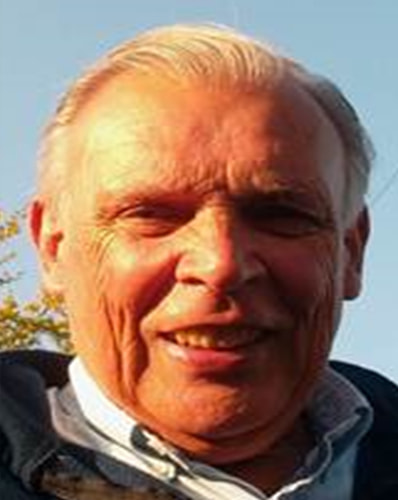 John Kernaghan is a highly experienced engineer having worked in the marine industries for over forty years. His career has covered all stages of engineering, from conceptual and detailed design through to fabrication and field operations. Initially employed in Shipyards, the Fishing and Defence industries he has, since 1981, been involved with offshore oil and gas developments throughout the world. This has included semi-submersible drilling and production units and steel and concrete sub-structures. Principal companies worked for include Petrofac, Centrica (FLNG and CNG), Noble Denton, KBR (design and operation of FLNG, FPSO’s, and TLP’s) and Earl and Wright (design of SEDCO MODU’s).

He has a strong technical background and has acted on numerous occasions as a project manager at Centrica, KBR and Noble Denton, responsible for relevant technical, commercial and financial activities. This has included project and financial controls and interfacing with and supervision of sub-contractors.

Provision of professional services to a number of clients in the UK and overseas. Significant assignments have included;

2014/15 Technical Due Diligence on FSRU’s for Pakistan and Panama.

2010/11/12           Technical Due Diligence for Bank on Aseng FPSO offshore Equatorial Guinea, including site visits to Kepple Shipyard to assess progress.

2011/12 Review of Gas recovery barges for Government of Rwanda on Lake Kivu.

2011/12 Technical Due Diligence on FSRU for confidential clients.

2009       Offloading studies for BG for FPSO’s located in the Santos Basin offshore Brazil.

2012       DONG Sirri, decommissioning of Jack Up deck and tank structures.

2009       Feasibility study of FPSO in Egyptian waters including cost and schedule.

2007       Technical assistance to Zinifex at the Board of Inquiry into the incident with MV Wunma in the Gulf of Carpentaria, Australia.

General engineering and marketing for the Noble Denton group. Preparation of bids for major work packages.

2006       Crane tender evaluation for Larson and Toubro in Mumbai, India

2005       Review of Semi-Submersible floating production units for BP for use offshore West Africa.

2002/2003            Floating LNG, Lead Marine on various studies for Halliburton KBR and Shell on the development of vessels for locations such as Kudu, Namibia and Sunrise Australia.

1998       UPR – Gomez, Gulf of Mexico. Study to determine development methods for the Gomez deepwater discovery in 3,000 feet of water.

1997-1998            Rosshelf – Prirazlomnoye. Steel gravity Base + float in decks. Development of steel gravity base design that included afloat mating of main sub-structure blocks, float-in deck super modules, transportation from the fabrication yard at Sevmash and installation of the complete structure.

Conceptual and production drawings for the hull and mooring system of the Conoco HUTTON Tension Leg Platform.

Preparation of ‘Invitation to Tender’ documents, subsequent technical assessment and approval of tenders. Monitoring of designs, checking calculations and drawing approval during build. General upkeep work on support fleet, preparation of drawings for changes with visits to ships to advise on and oversee the modifications. Stability calculations including proving the new MOD computer program. Ships worked on included Large Fleet Tankers, Research and Salvage Vessels, Deep Sea and Harbour Tugs and Passenger Ferries.

Industrial Development Unit, advising on and preparing new designs for all types of fishing vessels. Visits to ships to prepare detailed drawings for fitting of new equipment. Stability calculations.