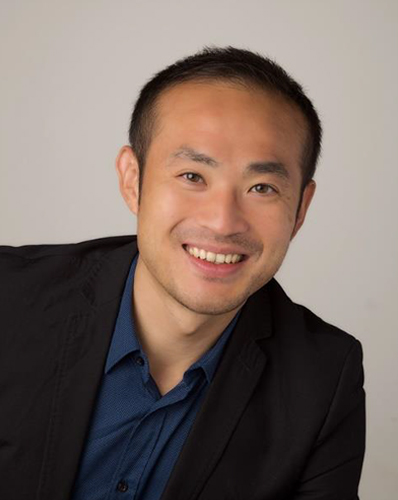 Edward has over 20 years’ experience in major construction, civil engineering and process projects in the UK and overseas such as Hong Kong and Africa.

He has held senior positions within major UK contractors include lead planner, construction manager and senior engineer responsible for delivering a portfolio of projects over a (£) billion in value.

In recent years, he has specialized in the field of Forensic Delay Analysis and operating at Director level and is frequently engaged to provide advice on matters in relation to delay and disruption and extension of time claims.

He has acted as lead and supporting delay expert and have given oral evidence and presentations in formal dispute proceedings such as adjudications, mediations and litigations.
His project experience includes major processing and renewable energy projects, oil and gas pipelines and process plants, rail projects, nuclear power stations, major infrastructure projects and commercial and residential building developments.

Edward is frequently invited to give presentations and training seminars on all aspects of planning and delay analysis covering best practice, developments in the law affecting delay analysis and the use of programmes in NEC and JCT contracts.

Airport Development, UK – Instructed to provide expert opinion include oral presentation of findings on delay and disruption on a major airport development project.

Waste to Energy project, UK – Instructed to prepare an expert report on disruption in a major waste to energy project in the UK for adjudication.

Major Commercial and Residential Development, UK – Instructed to prepare an expert report on the cause of delay and disruption on an iconic development in central London for mediation.

Residential Development, UK – Instructed to provide an expert report on the cause of delay on a complex residential development in Edinburgh. Gave oral presentation of findings in adjudication and mediation.

Refurbishment of Railway Infrastructure, UK – Instructed to prepare an expert report on the cause of delay and disruption suffered on a major railway refurbishment project. Expert report was presented as part of an insurance claim which I was informed produced a very satisfactory result.

Gas Pipeline project, Africa – Supported lead expert in providing an expert report for arbitration proceedings on the causes of delay to the main process plant which is part of a large gas extraction and pipeline project.

New Hotel Development, UK – Instructed to prepare an expert delay report for a new build and refurbishment project in Scotland for and during a tight adjudication timetable.

Iconic Commercial and Residential Development, UK – Supported lead expert on a multi-million (£) dispute on an iconic commercial and residential development in central London. Prepared a CPR 35 complaint report in readiness for litigation.

Gas Processing Plant, UK – Instructed to provide an expert opinion on the cause(s) of delay and disruption and a gas refinery plant in South West Wales, UK.

Viaduct Link, Hong Kong – Reviewed and advise on the merits of an expert delay analysis report for a contractor and to analyse the impact of late design upon construction (2018 – 2019).

Concrete Superstructure Frame, London – Advisory role on a major and iconic concrete frame in central London. Acting for contractor and advising on matters such as programme administration and assessment of compensation events under NEC3 (2018 – present).

Data Centre, London – Advisory role on a critical data centre responsible for a significant portion of credit card transactions in west Europe. Acting on behalf of client to assess the contractor’s progress and claims on delay and disruption (2019 – present).

MEP installation in a Mixed-use Development, Scotland – Carried out an independent analysis on the cause of delay and disruption suffered by the subcontractor on a major mixed-use development in North Scotland (2018 – present).

National Arena, Scotland – Carried out independent analysis on the cause of delay and disruption in a high-profile dispute to assist the legal team in litigation and adjudication (2014).

Nuclear Waste Processing Facility, UK – Engaged to support the contract administrator on all programming matters include assessment of contractors claims made under NEC3 (2012 – 2013).

Off-Shore Windfarm Project – Engaged to carry out a delay and disruption analysis on a wind farm development in East Anglia. Analysis was presented to consortium to settle dispute (2017 – 2019).

Northmoor, HS2 project – Carry out independent analysis on a cross claim between the parties within a JV (2018 – 2019).

Gas Processing Plant – Carry out a delay analysis on the Contractor’s extension of time entitlement under NEC 3 (2015).

Nuclear Submarine Base – Prepared a delay analysis report on the prolongation and disruption claim presented by the steelwork subcontractor (2013 – 2014).

Medical Facility, UK – Carried out a delay analysis on the impact of relevant events on the Contractor’s programme on a medical facility project (2012).

Chemical Laboratory, UK – Engaged to carried out a delay analysis to establish the Contractor’s entitlement under NEC3 on a chemical laboratory in South West England (2018).

Residential Care Home, Scotland – Engaged to carry out a delay analysis on the cause of delay on a care home development in London (2016).

Presentation on good planning practices and delay analysis for a large multi-national oil company based in Vienna.

Presented training seminars on NEC3 and JCT to Carillion Plc, CBES Ltd and Redpath Construction in Scotland and England.