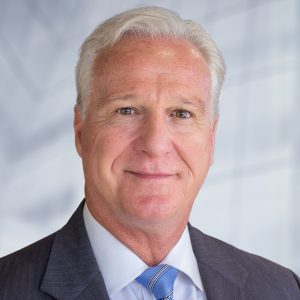 Brian Hanifin is the Managing Director of the Risk Management Services and Forensics Practice . In this role Brian is responsible for oversight and management of the firm’s project advisory and litigation support services.
Mr. Hanifin has more than 30 years of experience planning & overseeing PM/CM Construction projects and construction litigation support service operations. He brings a unique set of skills to the construction process including construction and project management, Critical Path Method (CPM) scheduling/schedule analysis, cost estimating, value engineering and evaluation of large construction claims litigation. Mr. Hanifin also has extensive experience in risk management and construction surety consulting, including assessment and advisory services on portfolios on the verge of, or already in default.
As a recognized expert in the field of construction management, he has testified as an expert witness in the areas of Project Management & CPM Scheduling. He has served as a guest lecturer at industry seminars on matters relating to Value Engineering, CPM Scheduling and Project Management. He has also served as an adjunct professor at Columbia University in New York City teaching Masters Program courses in CPM Scheduling & Project Management.
His role as an industry leader was galvanized in 2004 when his project team received the Construction Management of America (CMAA) National Project Achievement Award for project management excellence in the $100 Million category. He has also been appointed to the American Arbitration Association’s Panel of Arbitrators for the Construction Industry; and served as the National Chairman of the CMAA’s Professional Development Committee.
Mr. Hanifin earned his Bachelor of Science degree from Drexel University.

MSC Cruises Terminal, Miami, Florida
Mr. Hanifin is the Project Executive for this $400 million two-berth terminal set to begin construction in the Fall of 2021and be completed and open to all Disney Cruise Line passengers by 2023. The Risk Management Team was retained by the Design-Builder, an international client, to serve as its representative. In addition to design-builder representative services, the Risk Management Team is providing PM advisory and risk avoidance during the design and construction phases.
World Trade Center Redevelopment, New York, New York
Provided PM oversight responsibilities related to overall CPM project scheduling and Integrity Monitoring (IM) on this iconic redevelopment site in Lower Manhattan. Services related to the Freedom Tower and Vehicle Security Center (VSC) were performed on a regular basis and under strict confidentiality guidelines established for the project by the Office of the Inspector General (OIG).
Chevron-Gorgon Downstream Liquified Natural Gas (LNP) Project, Barrow Island, Australia
Mr. Hanifin was part of a management consulting team that was charged with the task of assessing the overall performance of all project stakeholders in the design & construction of the Gorgon LNG Plant on Barrow Island, located off the coast of Western Australia. Specifically, Mr. Hanifin’s task involved a standard of care assessment on behalf of Chevron as it related to the contract obligations and performance on the $53 Billion-dollar project, completed in 2017.
Rebuild by Design-Hoboken (RDBH), Hoboken, New Jersey
Mr. Hanifin served as the Construction Management Firm’s (CMF) Subject Matter Expert for Project Controls and was charged with development of the project’s Master CPM Schedule. This $230 Million project implemented by the State of New Jersey, Department of Community Affairs and administered by the Department of Environmental Protection is a multifaceted approach to managing stormwater from flooding and surge along the Hudson River. It explores using hard infrastructure and soft landscape—including permeable paving, rain gardens, and rainwater storage—for coastal defense.
Big Ox Energy Biomass Facility, Dakota City, Nebraska
Mr. Hanifin was the Project Executive on a biomass spill response effort at this facility. The Big Ox Energy Siouxland facility located in Dakota City, Nebraska experienced an overflow (or foam over) of its No. 2 Digester. Big Ox Energy is a Biomass Energy facility that converts industrial food and agricultural waste into natural gas. Services provided involved CM Oversight services during the clean-up and oversight of the remediation process in the field. Additionally, a forensic analysis was performed on damages and costs incurred by the Insured (Big Ox Energy) related to the overflow event and business interruption.
Superstorm Sandy Emergency Response, County of Ocean, New Jersey
Mr. Hanifin served as the Project Executive leading a team in response to the catastrophic damage caused by Superstorm Sandy in October of 2012 for the County of Ocean, NJ. On this assignment, a series of measures were implemented to address resiliency and sustainability on a county-wide platform. Accordingly, a Facilities Capital Improvement Program was part of a comprehensive plan and strategy to accomplish time-critical work with all stakeholders. This initiative required taking a leadership position in the maximization and leveraging of federal funding such as HUD Community Development Block Grants-Disaster Relief (CDBG-DR) and FEMA Public Assistance grant funds

Fort Ord UXO/Munitions Remediation Project, Monterey, California ($100,000,000)
This project included CM oversight of the entire scope of unexploded ordinance removal work, and development of a comprehensive cost loaded CPM schedule. Interaction with the Fort Ord Reuse Authority (FORA) was a key component of this highly visible environmental and development initiative.
Milltown Dam Superfund Site, Missoula, Montana ($75,000,000)
This project involved CM oversight of the construction of a bypass channel at the confluence of the Clark Fork and Blackfoot Rivers, which essentially drained the riverbed, enabling the removal of 2.6 million CY’s of contaminated sediment material by rail. Subsequent work included demolition of the historic Milltown Dam, and restoration of the original river configuration.
Multi-School Construction/Additions Program, Egg Harbor Township, New Jersey ($75,000,000)
Mr. Hanifin served as lead project principal on this project that involved the construction of a new Grade 3-4 elementary school; alterations at two existing elementary schools; as well as additions and alterations at one existing elementary school; and one high school. This overall program was completed under budget and on time.
This project earned Hanifin Associates, Inc. the CMAA National Project Achievement Award in 2004.
Motts Run Water Treatment Plant, Fredericksburg, Virginia
This $25 Million Water Treatment plant located on the Rappahannock River in Spotsylvania County, VA, was part of a distressed contractor portfolio in the Mid-Atlantic region. This project included the water main treatment facility, as well as a raw water intake structure directly on the river. Complex piping galleries and substantial civil construction elements required completion at the time of default. This project was successfully completed and a request for equitable adjustment was submitted by our team to recoup damages incurred because of delays caused by the engineer of record, which significantly mitigated the surety’s exposure on the contract
South Woods State Prison, Bridgeton, New Jersey ($200,000,000)
Mr. Hanifin was the lead principal in charge of his firm’s efforts which included a project rescue on behalf of a major design/build subcontractor’s surety. South Woods State Prison is a 3,000-inmate medium security prison located in Bridgeton, NJ. Full-time project oversight was provided through the successful completion of Phase One, thus preventing default. PM/CM services were then provided throughout the balance of the entire project, which greatly mitigated the surety’s exposure on an ongoing basis.
Malden Mills Industries, Lawrence/Methuen, Massachusetts ($300,000,000)
This project involved an extensive Project Management/Value Engineering effort following catastrophic fire damage which resulted in a loss of approximately two million square feet of textile production facilities. PM/CM and VE Services provided resulted in mitigation of the business interruption by creating, replacing and/or leasing new facilities which had production of goods and services back at 95% production in only 5 months.
Queens-West Environmental Clean-Up, New York, New York ($30,000,000)
This project involved the project management oversight of the complete excavation and removal of PCB contaminated sediment/soil on a project site along the East River in Long Island City, NY. The project included the use of 24/7 air-handling and SVE systems in a controlled environment and was completed under budget and within an eight (8) month timeframe.

AIG Environmental
Mr. Hanifin was responsible for all domestic claims and underwriting engineers and was charged with their direct oversight as part of AIG Environmental’s $5 billion Environmental Remediation Program & Product Line. Successfully implemented a PM Platform for oversight and monitoring of all complex environmental clean-ups within the environmental business unit, utilizing Primavera P6 Critical Path Method (CPM) Scheduling software and technology. Working in conjunction with McKinsey consultants, this PM platform was an integral part of a program that resulted in savings of well into the hundreds of millions of dollars in this book of business.