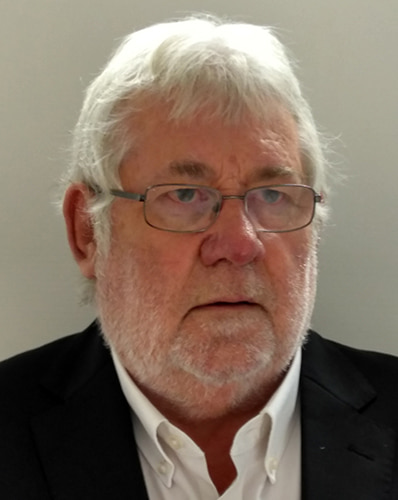 Bill has over forty years’ experience in the construction industry, working primarily in the highway sector. He is a chartered engineer and chartered arbitrator. He has worked for Contractors, Local Authorities, Central Government and Civil Engineering Consultants including Arcadis, EC Harris, Highways Agency and  Mouchel Parkman

Bill is on the ICE and CIArb list of Arbitrators and has acted as arbitrator and arbiter on disputes ranging in value from £30 million to £500K. As a civil engineering adjudicator on the ICE and CIC lists, Bill has been involved in over twenty adjudications covering issues such as extension of time, valuation of final accounts and quality matters. He has also undertaken two expert determinations for disputes connected to a major highway DBFO contract.

Bill was a member of the ICE working group for the redrafting of CESMM4.

Bill is the current Chair of the Chartered Institute of Civil Engineering Surveyors Contracts and Dispute Resolution Panel and regularly acts as trainer and leads workshops on contracts and dispute resolution.

Contract Administrator – M4 Corridor around Newport, Project Manager and ECC PM designate for Employer’s Agent commission for the delivery of the £1bn new M4 south of Newport to relive the existing congested M4. This new 21km dual 3 lane motorway includes a new structure over the River Usk, significant remediation of contaminated land at Llanwern Steelworks and complex interchanges at the tie I with the existing M4.

Contract Administrator – A6 to Manchester Airport Relief Road, Seconded to Transport for Greater Manchester as Employer’s Agent / ECC PM on this £290m highway project. The construction works involve four (three over; one under) crossing of Network Rail including West Coast mainline and access to Manchester Airport. Significant environmental mitigation works such as translocation of Great Crested Newts. Major earthworks over two seasons.

Lead Auditor – Review of Welsh Trunk Road Agencies, Led three man audit team to review the operation of the two welsh trunk road agencies. Brief was to review compliance were operations carried out to the contractual, technical, commercial and accounting requirements of the contract. Value was the operations providing the right balance of quality against both cost and risk. Transparency was operations carried out in a way that commercial, operational functions are fully visible. Report made over 20 recommendations for improvements.

Commercial Manager – Tullis Russell Papermakers CHP plant 2011 to 2013 Seconded to RWE as Commercial Manager for the construction of a £250m Combined Heat and Power plant. The 50MW plant will supply both power and steam for paper makers Tullis Russell. The works are due for completion in mid 2013. The commercial manager is responsible for the commercial aspect of the two main contracts Balance of Plant and the Main boiler plus a number of ancillary contracts.

ECC Project Manager – City Park Regeneration Bradford 2011 to 2012 The City Park is a major public realm development creating the largest city centre water feature in the UK. It involved the creation of new bespoke public buildings, and major works to the City’s Inner Ring Road. Located at the heart of the City, the park is the signature project of the Bradford City Centre Masterplan. With a scheme budget of £25m, it is an iconic landmark for Bradford and a catalyst for the regeneration of the City.

Manchester and highway supervision contracts on M60 Widening J5 to J8, A500 Stoke Pathfinder, A63 Selby Bypass, A1 Darrington to Dishforth DBFO and network management offices for Road Management Services (DBFO) on A1(M) and A417/A419. Fully responsible for P&L, business development and staff welfare. As ECC Project Manager for the M60 and Employer’s Agent for A63 and A500, Bill was ultimately responsible for the agreement costs and time implication of any changes to the contract. Each contract had a site teams varying in size from 4 to 10 who undertook auditing and compliance roles. Bill chaired all the monthly contract progress meetings, which reviewed progress against programme and financial progress of the projects.

Commission Manager for Highways Agency Dispute Framework offering advice to the HA on a major litigation relating to bridge bearing failure on major motorway. In this role Bill worked closely with representatives of the HA; Treasury Solicitor, Counsel and independent experts to review and recommend course of the action. A key element was reporting on litigation risk. Bill also provided independent advice on contractual claims in advance of potential adjudication.

Responsible as head of profession for the quality of the Parkman highway business. Provided advice and guidance in the highway sector ensuring best practice across the many offices in the transportation business unit.

Responsible for the Infrastructure division based in Ellesmere Port and Project Manager for projects for the Highways Agency:- M25 – A13 Lakeside Improvement (£25m); A500 Stoke Pathfinder ECI £50m; A66 Safety Study; Project

Director for M62 Junction 6 improvements and A55 – A483 junction improvement, A5 Newtonstewart Bypass D&B (NI).

Commission Director on local authority framework contracts with Kirklees MBC and City of Stoke on Trent. Managed a design team of 40 staff to meet deliverables. This entailed regular weekly meetings with internal team leaders to identify progress on every project and the allocation of resource.

Mold Bypass (£15m). As Divisional Director Bill was responsible for the recruitment, training and professional development for all site staff.

Responsible for the management and client relations for the widening of the M63 between junction 6 and junction 9. Took project from initial feasibility status through public consultation and up to public inquiry.

Senior Measurement Engineer A66 Middlesbrough Bypass – dealt with all financial aspect of the contract from monthly valuation to claims and financial reporting. RE on highway improvement projects.

1975 – 1982 Dowsett Engineering Construction Sub Agent Structures Responsible for the construction of all the structures on the A595 Levens Bridge Diversion and A19 Billingham Diversion.

– Integrated Emergency Response (follow-up organised by the US Embassy);

– The FIDIC – ACEG – EFCA Regional Infrastructure Conference – 6 – 7 March 2018 Tbilisi, Georgia: participated with a presentation on payments issues under 2017 FIDIC Books edition, from the prospective of a Procurement Expert/ Disputes Adjudicator

– Workshop “DAB/ DAAB – what has changed and why?” 8 March 2018 Tbilisi, Georgia – participated as speaker

– 2nd Annual Conference of International Court of Arbitration of the German-Romanian Chamber of Commerce and Industry, 27 September 2018, Bucharest, Romania