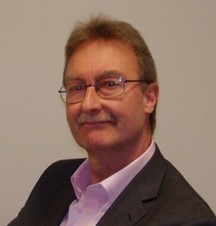 Adrian is an experienced project delivery professional who has the ability and flexibility to run major high value complex programmes and projects, and also portfolios of small projects. His career has developed through project engineering, commercial management, subcontract management, project delivery and he has  also led operational business transformation initiatives.  As a Chartered Engineer for over 30 years, Adrian has demonstrated significant personal leadership in a range of roles within projects, programmes and portfolios he has delivered. Adrian has  led large multi discipline teams on major projects in several sectors including rail, oil and gas and nuclear.

During the early part of his career with AMEC, Adrian was responsible for producing successful business cases for customers, leading proposals and delivering projects. Ensuring structure was achieved.

During the latter part of his career with AMEC, Adrian moved into a functional role where all deliverables were achieved through using influencing and collaborate skills. Examples are below.

Following the leadership of a key part of a global business transformation programme, Adrian then led the implementation of change into the UK Nuclear Business. Through influencing his peer project managers, he has led the transition of the business to adopt the new operating model, implemented competence development levels to Project professionals, designed training programmes, resolved disputes and accredited the business to APM standards.

Delivered additional 2% EBIT to a £200m business through transformational improvements, Project categorisation, correct project set up and an appropriate level of peer reviews.

Leadership of a multi discipline team of Engineers and Designers to deliver a range of projects at Hickson & Welch manufacturing facility in Castleford.

Developed and rolled out a full suite of integrated management procedures including planning and cost control, and capital estimate production for plant modifications. Business was sold to Arch Chemicals as result of 10% efficiency gains being delivered through effective lean project execution methodology.

Delivered a >£30m EPCC complex contract at Sellafield both as the Alliance Manager (BNFL/AMEC/ABB) and as the BNFL customer representative.

Formed an integrated delivery framework with Costain, Kvaerner and AMEC to radically change the approach to decommissioning at the Trawsfynydd nuclear decommissioning site. Worked up scoping and planning documents to enable safe and timely decommissioning handovers.

Whilst with FW, Adrian was responsible for leading major projects in alliances with customers and other contractors.

Responsible for the development of business cases and for negotiating the key contracts for Fibro Watt biomass power stations at Eye and Glanford. FW had a stake in Fibro Watt and Adrian was the customer’s representative. Oversaw contract negotiations.

Delivered feasibility studies and Front-End packages plus capital cost estimates for BP’s repositioning programme of expansion at Grangemouth refinery.  Then led and delivered the project’s engineering and construction phases on behalf of BP to achieve a target cost with a gainshare of over 10%.

For the $2.5bn grass roots refinery EXOR-1 in Indonesia, Adrian led and managed all Engineering activities at the site and led a multi-discipline team throughout the 4-year project delivery phase in a joint venture with JGC Corporation. Prior to transfer to the site he was Area Manager, and led and delivered over 100,000 man-hours of work at a margin of over 10% for the 125,000BPD crude oil distillation unit.

Leadership of an alliance programme at Shell Stanlow to deliver portfolios of small projects through a team of 50 people.

Permaquip manufactures a range of railway maintenance tooling and set up three service centres in the UK to manage the hiring and supply of equipment. Adrian managed contracts, and led the commissioning and service support for British Rail. Also led testing of new bespoke plant such as ballast packing and stone blowing equipment.

Adrian ran the maintenance programs, carried out technical trouble shooting, delivered reports, and led the production of capital asset proposals for all vehicles and infrastructure for a fleet of some 1,000 Passenger Service Vehicles and Heavy Goods Vehicles.